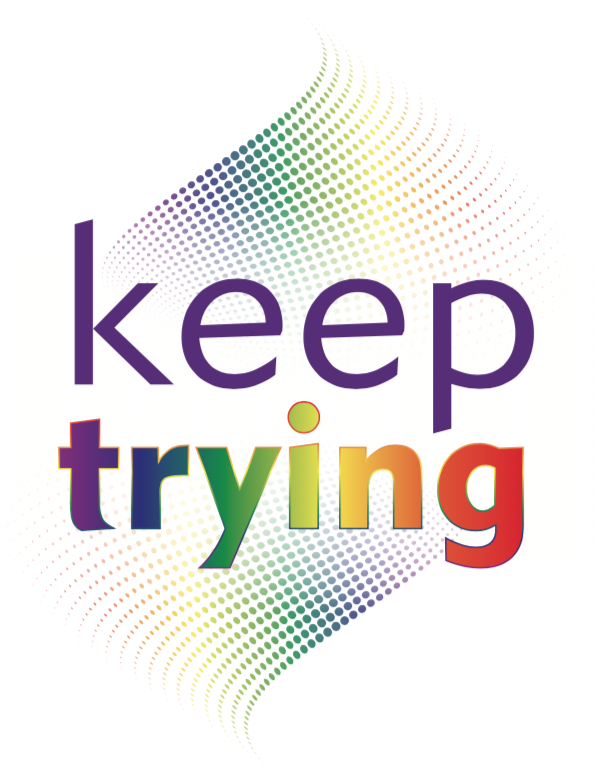 There are days and situations where we all feel that we just cannot keep trying. Times when we have tried and failed and tried and failed several times and we become mentally and physically drained. Sometimes, these things can feel overwhelming. Especially, if there are multiple things at once.

Just this past week, the new therapist at our office and I struggled mightily with window cling coverings. Yes, I know, that seems like such a small thing in comparison to some of the things that we can go through, but it was a prime example of how to keep trying. I am really terrible at measuring things, figuring out how things should fit together, anything related to rulers and mechanical application of things. Luckily, the new therapist is much better at it than I am. However, we still struggled over and over to figure out how to cover the windows with these patterned clings so that they mostly matched up and actually covered the bulk of the windows.

It was a lot of doing and redoing. Thinking and thinking again. Failing and failing again. It took a long time each time we attempted it. At times it was very frustrating. It was tiring and draining. It was a constant learning process. But we continued to keep trying.

At the end of the process, the windows looked beautiful. It was well worth the effort. At the time of the struggle though, we wondered if it would be. If we had not continued to keep trying, we would have never ended up with the beauty that is now shining on the windows.

This week whatever your struggles are keep trying. The struggles do not last forever, though they can seem like it. They will end or change as long as you keep trying. Doing one thing, one piece, one issue at a time even if it is over and over, keep trying. The results can be beautiful.

Until next time,
Deborah
Request An Appointment